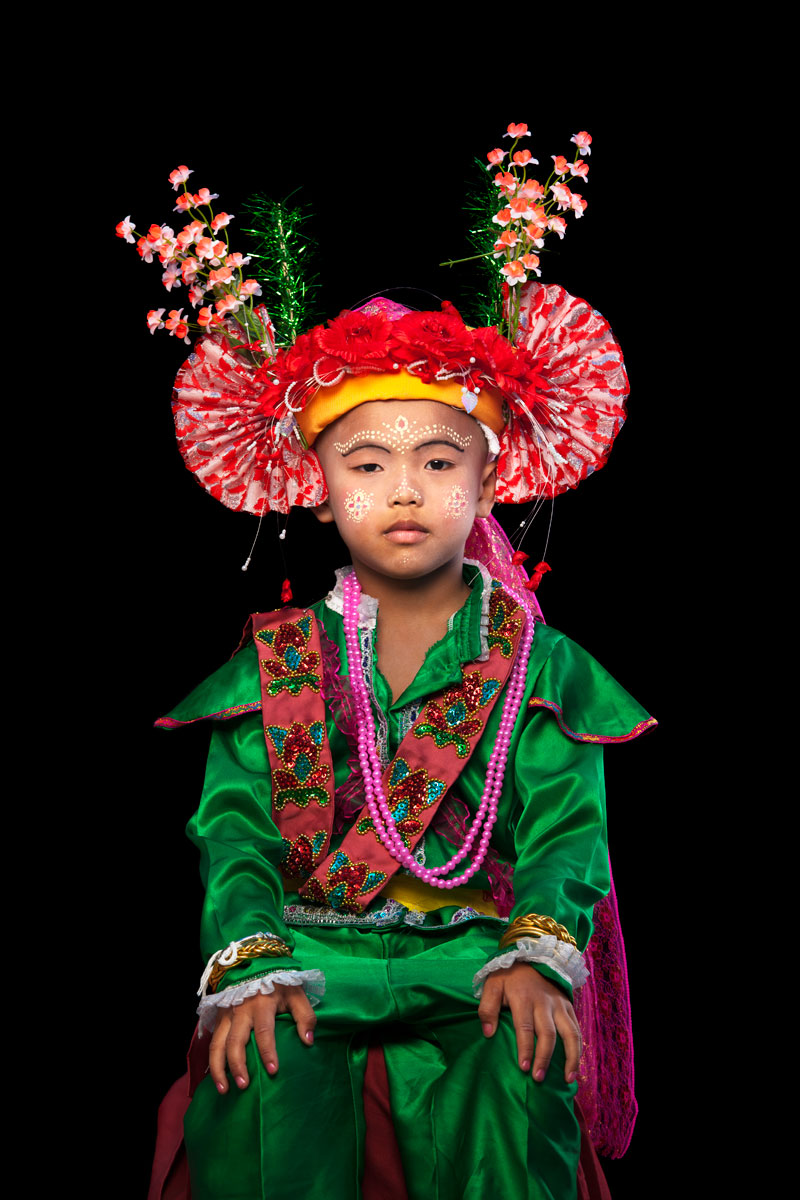 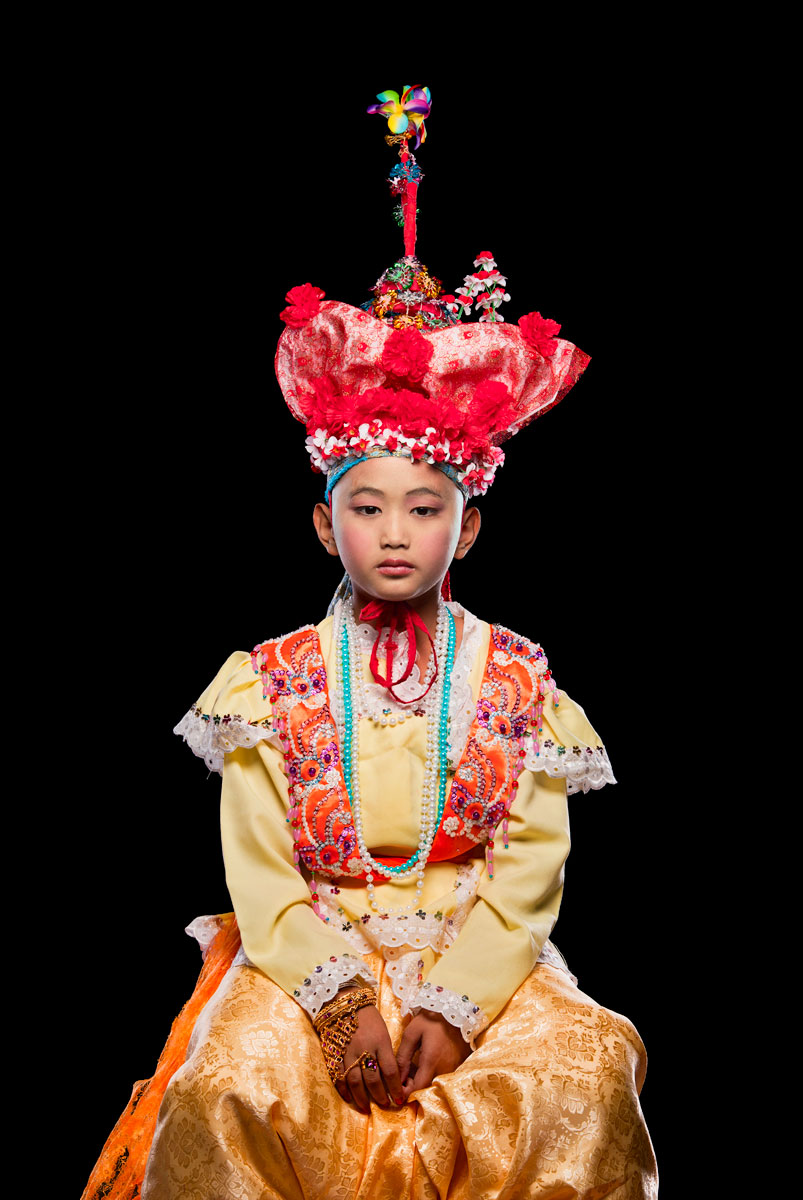 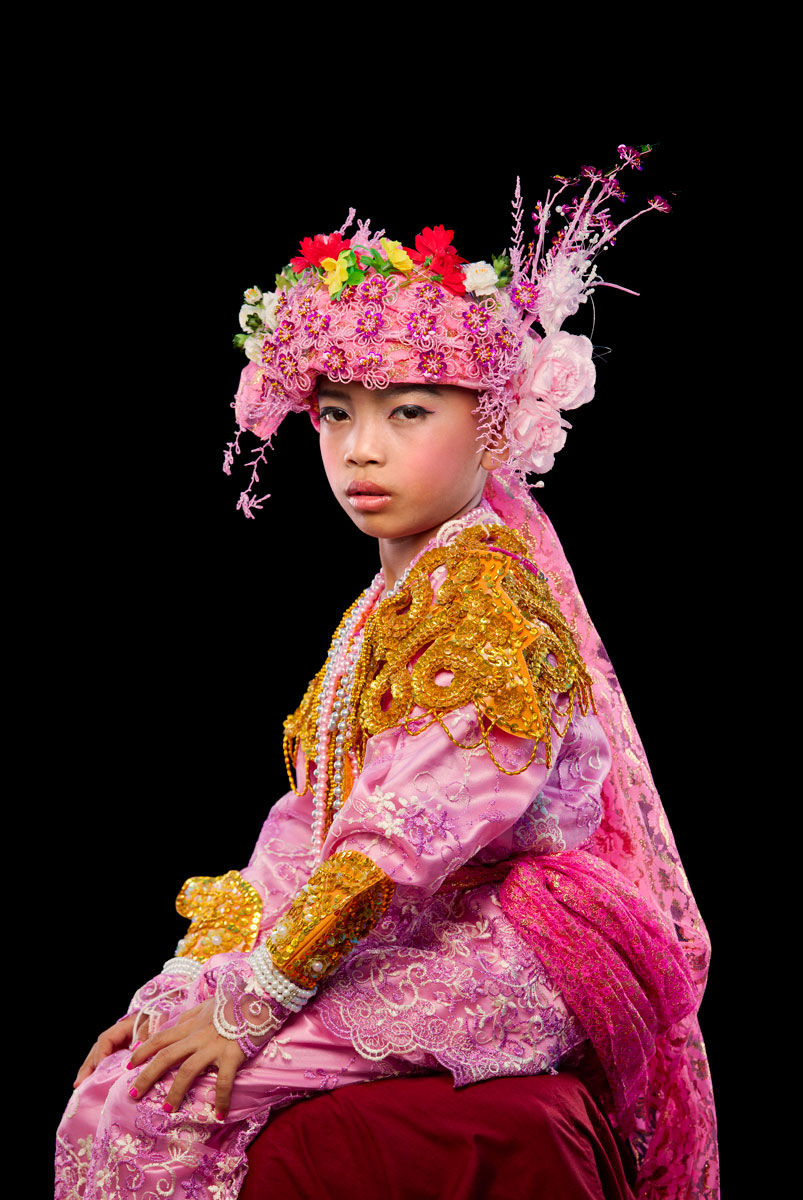 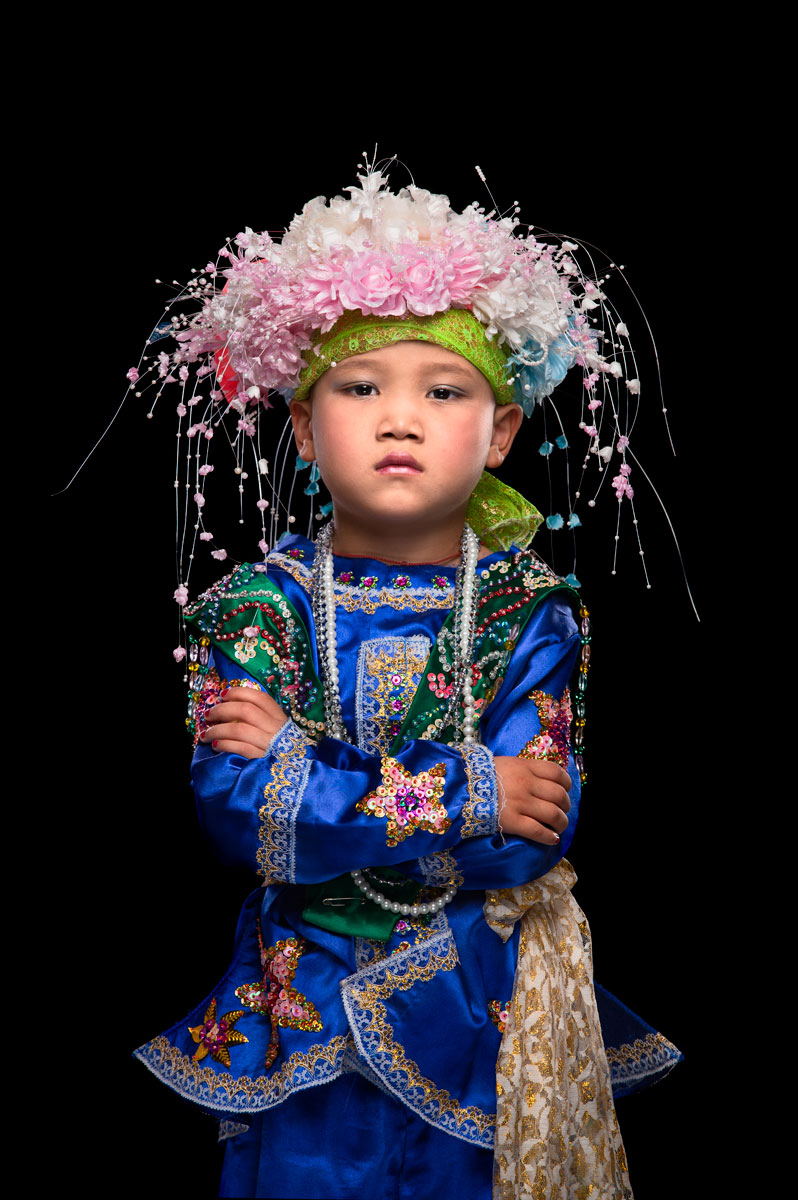 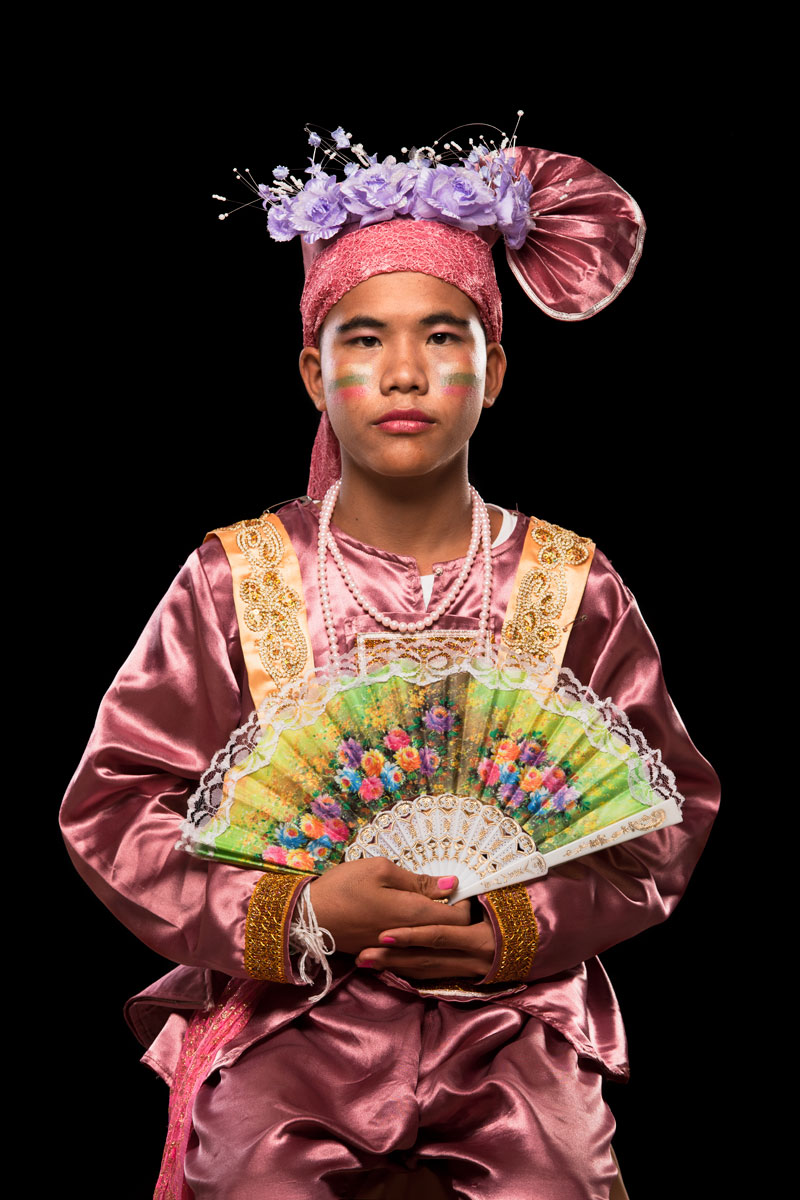 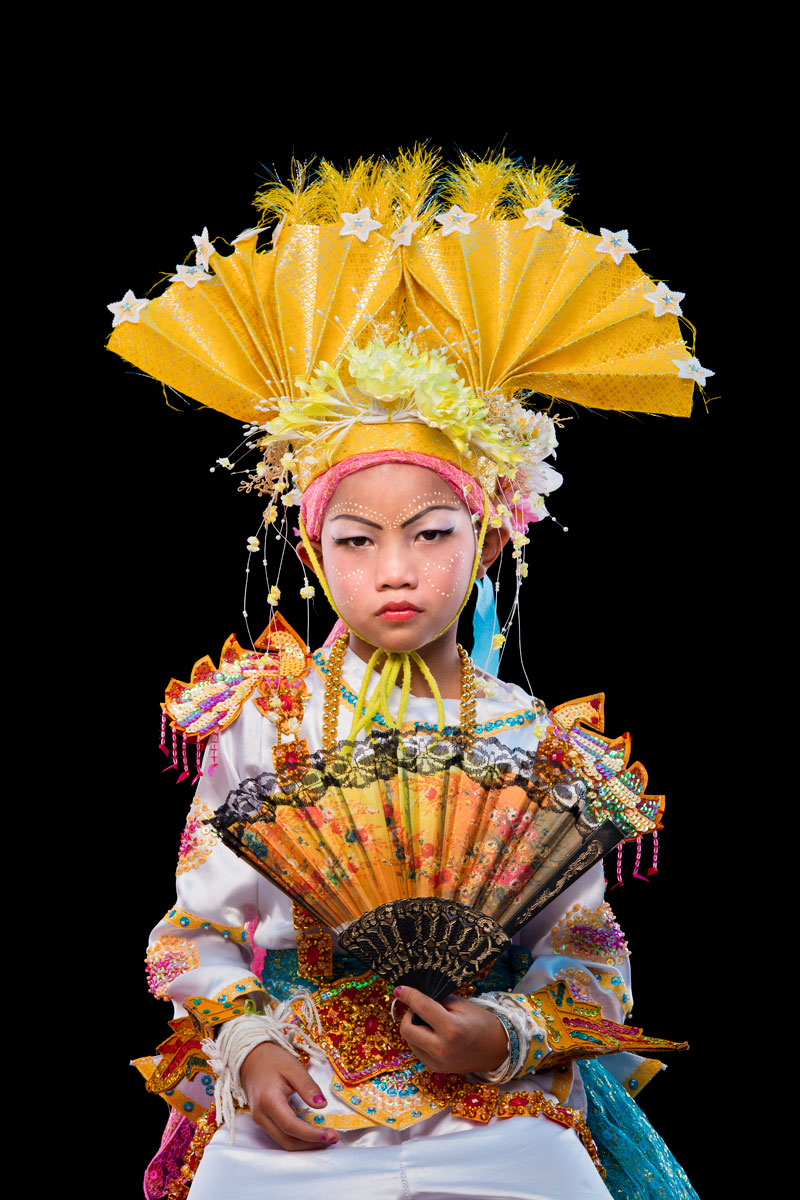 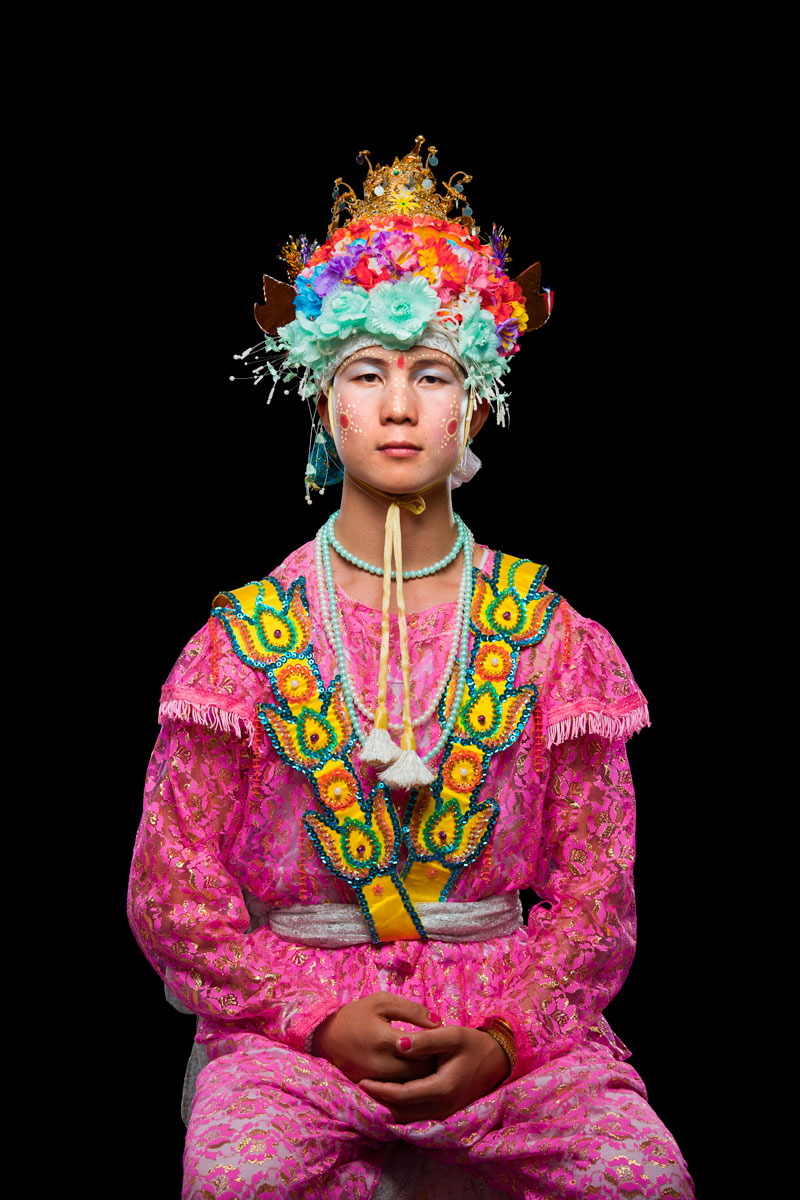 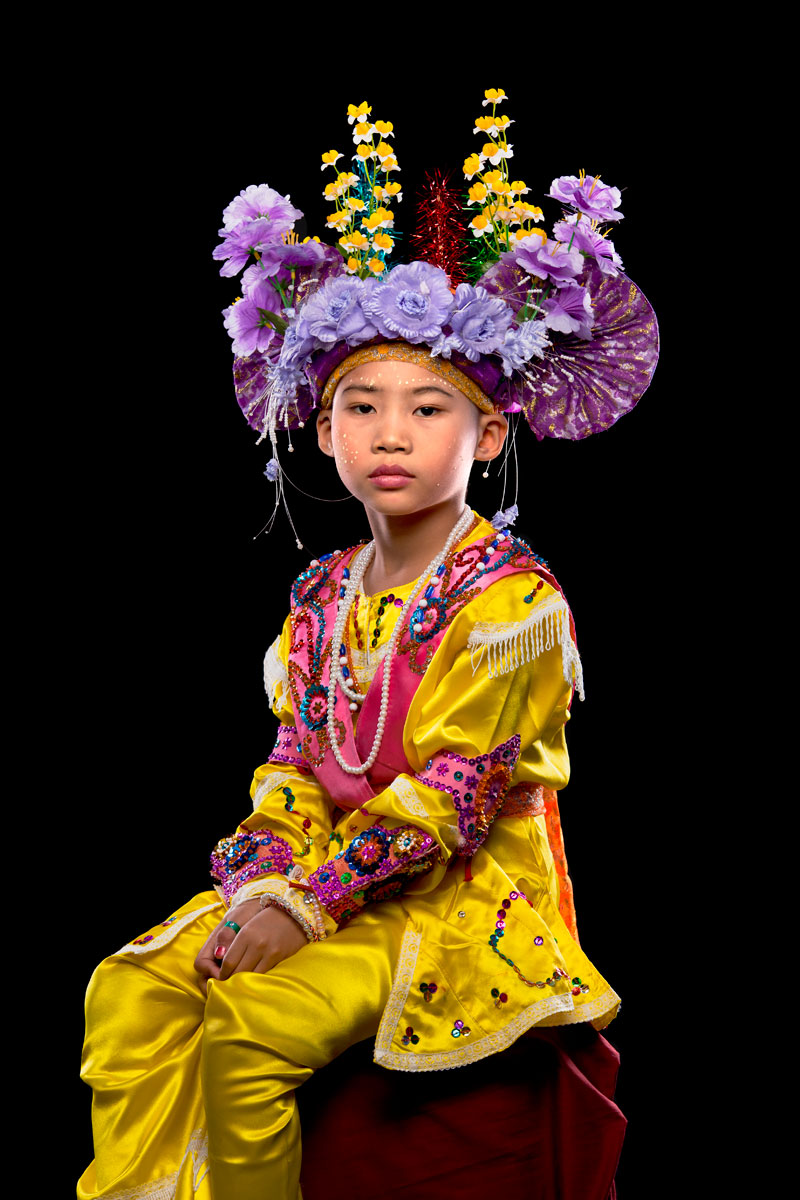 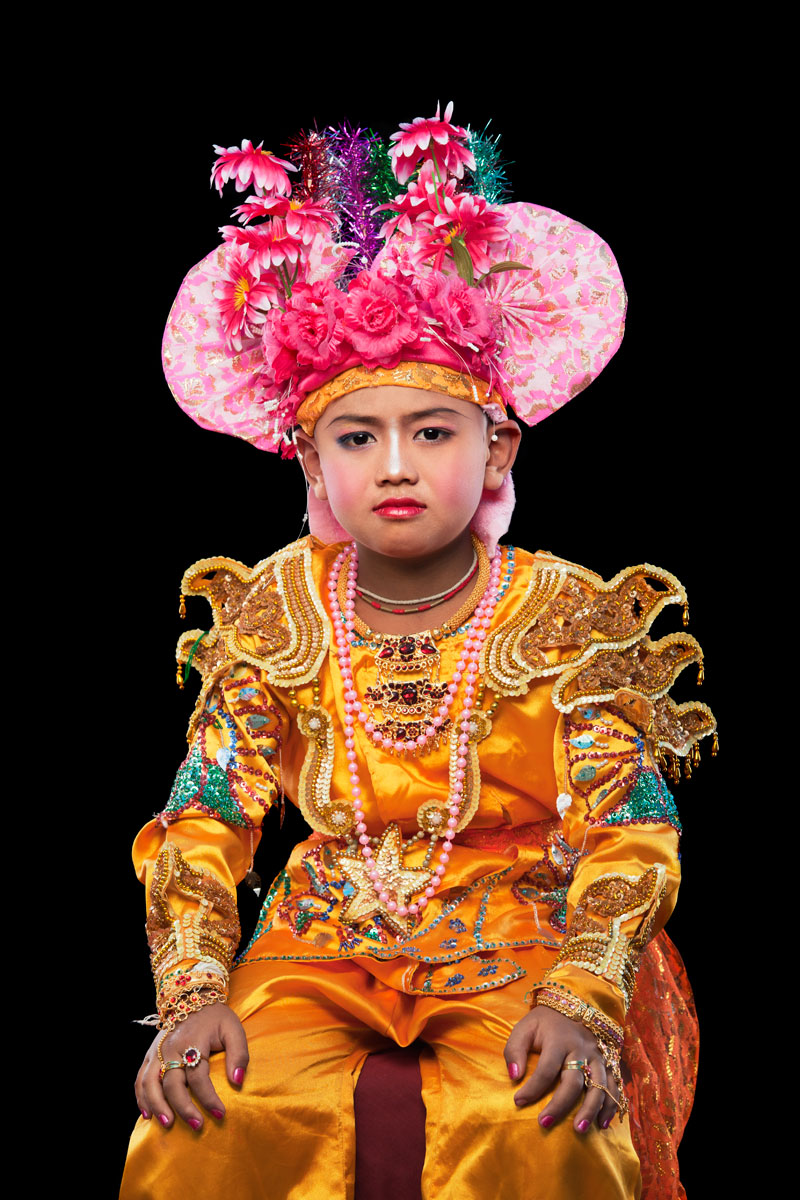 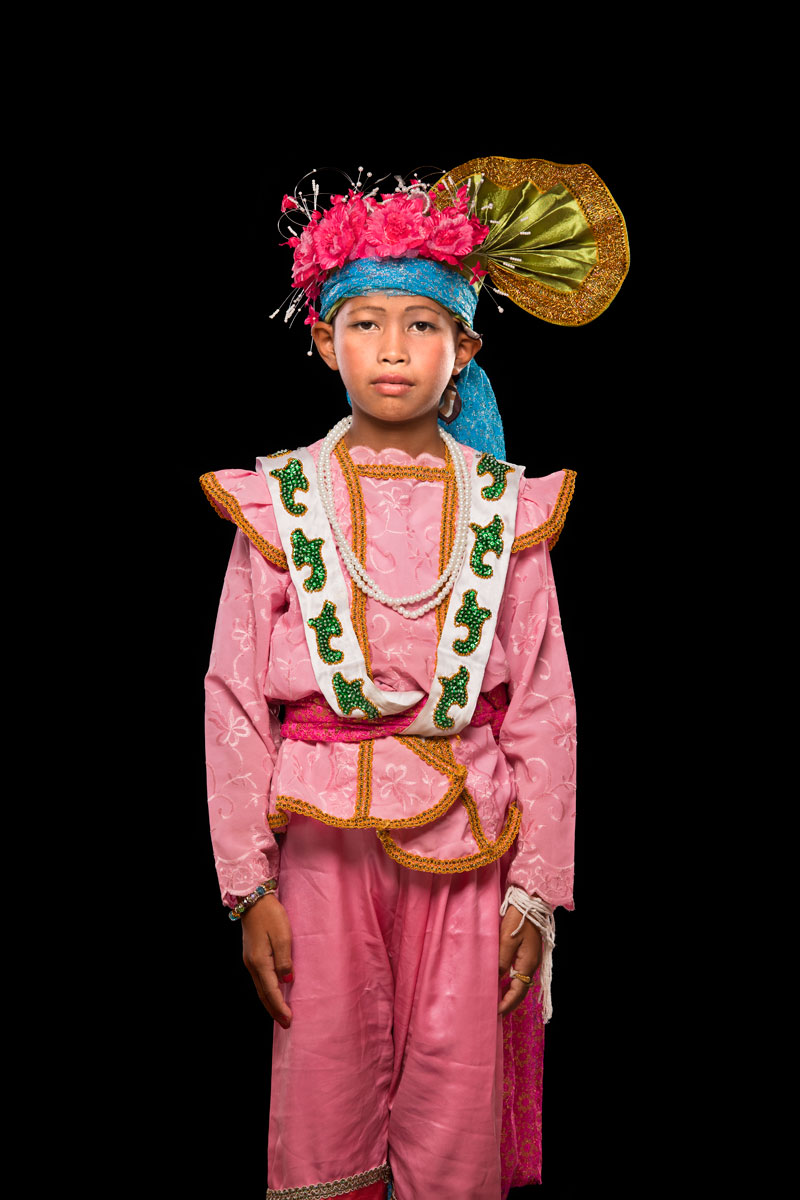 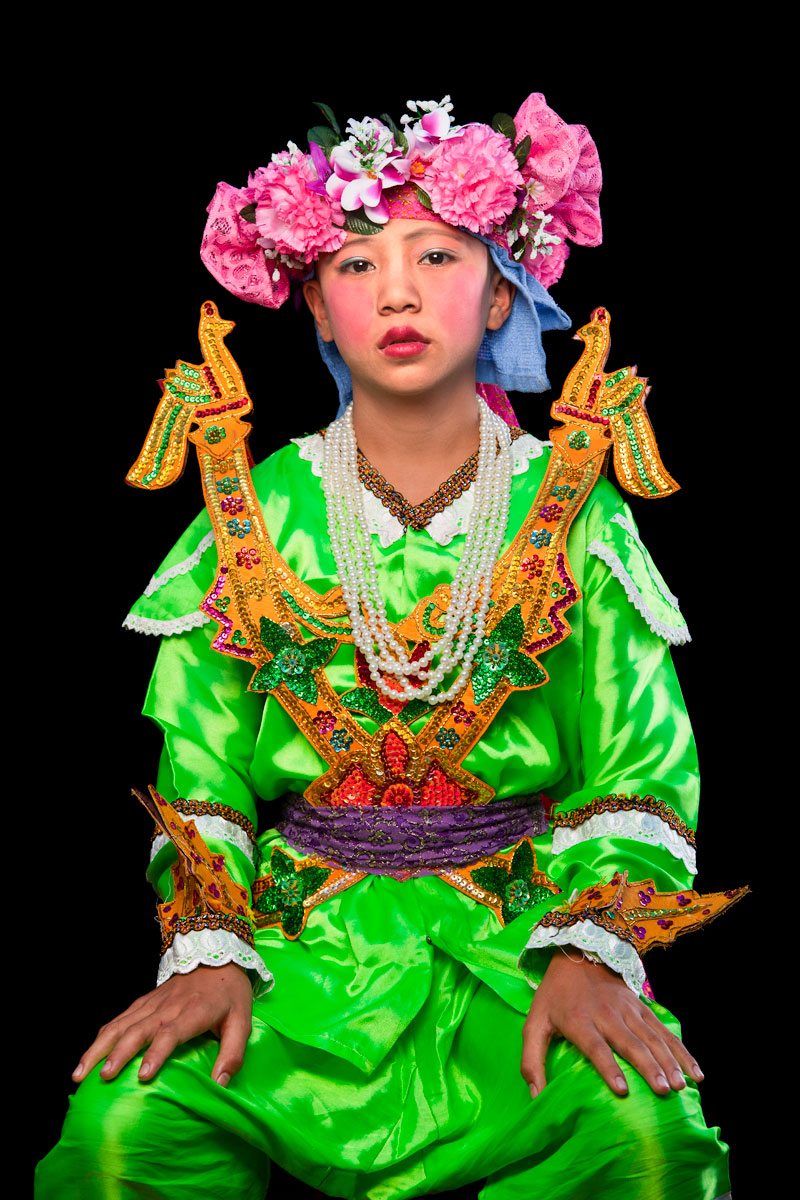 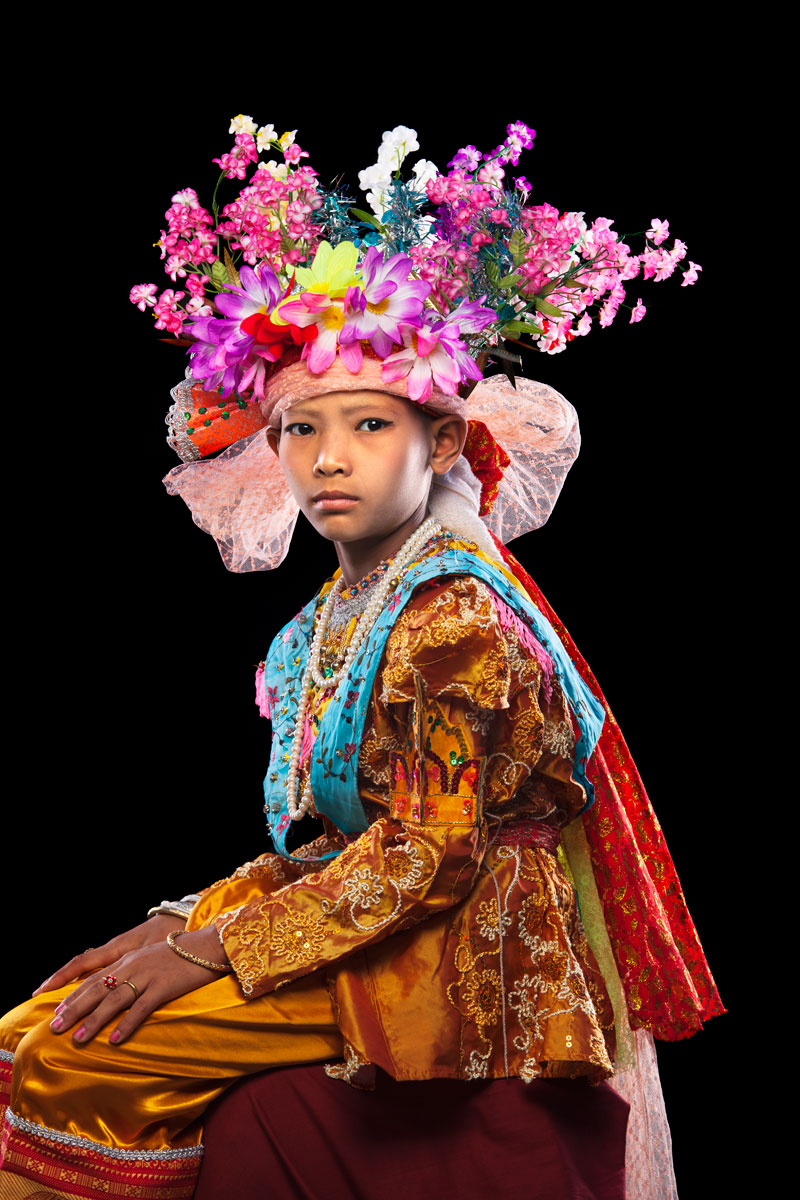 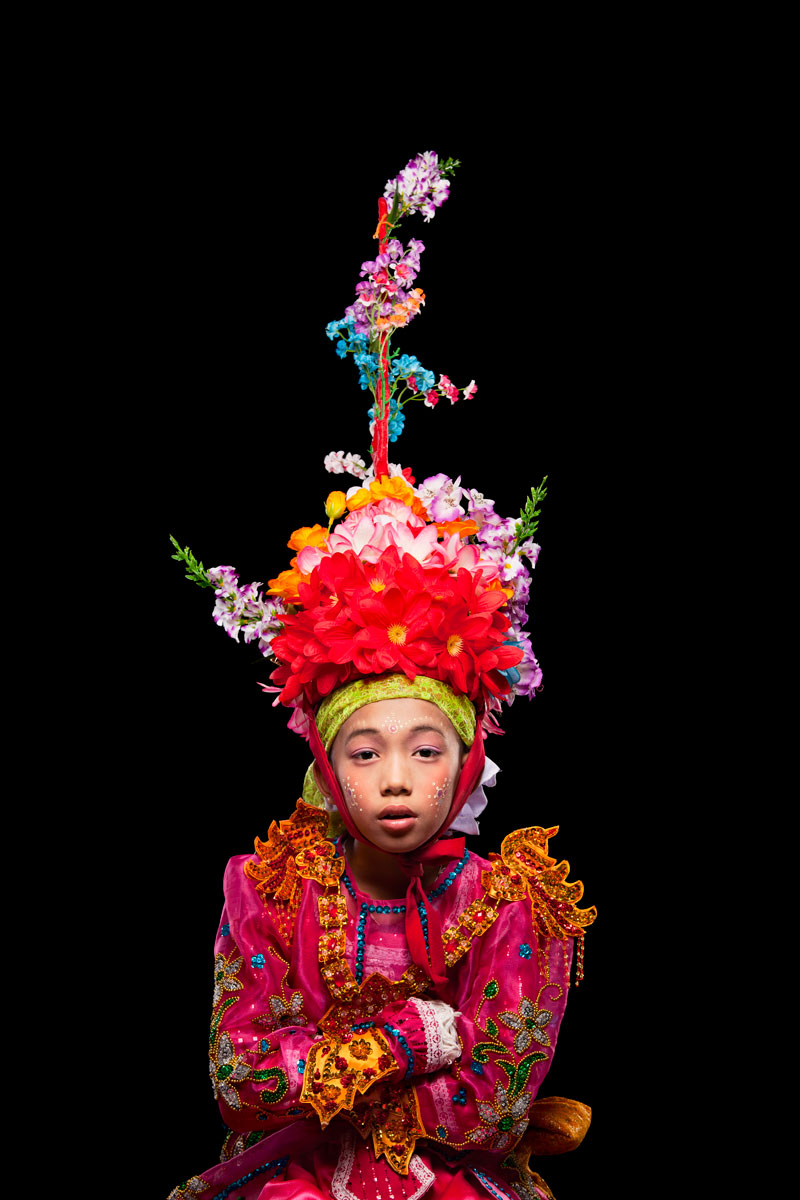 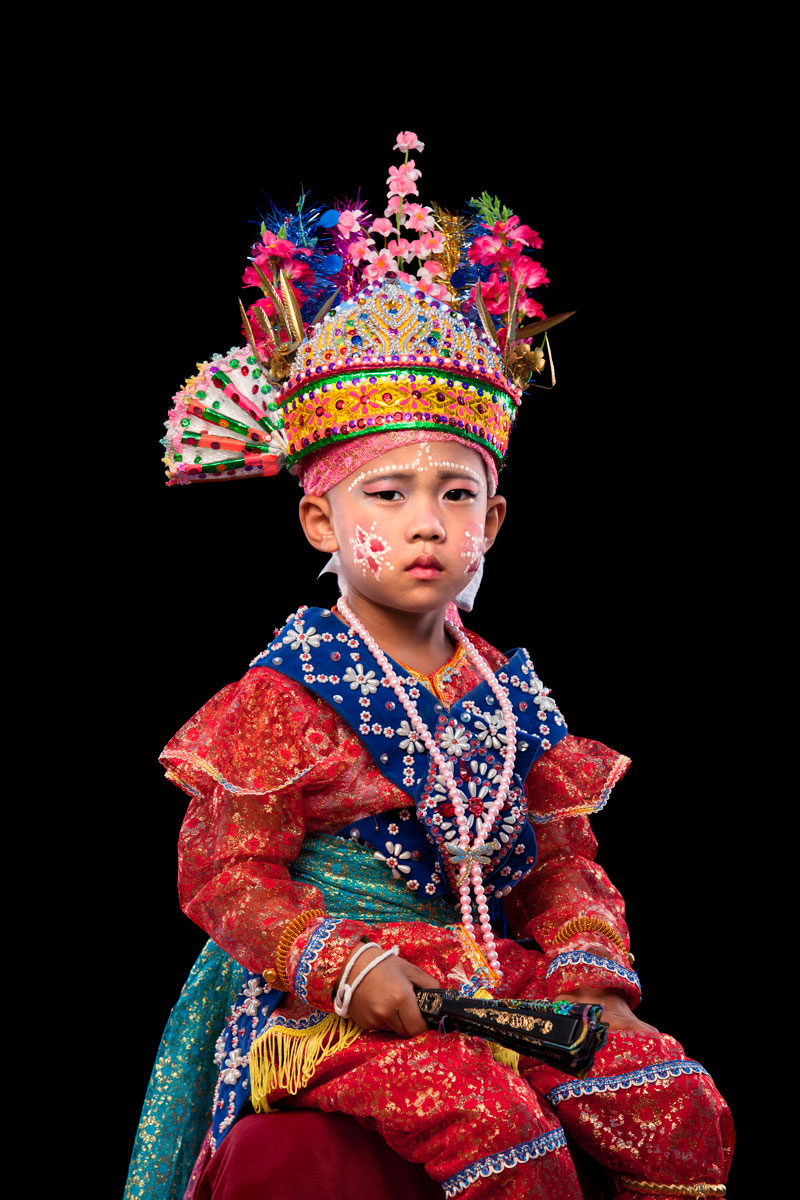 Rites of passage are common in cultures all over the world. Although different in shape and form, a common denominator is often that these rites comprise either pain, danger or the threat of isolation. “Flowers” presents a collection of portraits of Shan tribe boys, undergoing a rite of passage in northern Thailand.

The experience of meeting the Shan boys stirred up memories of my own Confirmation; standing with roses in my hands, wearing a white robe. One step closer to adulthood. Occasionally I met men in their late twenties and thirties taking part in the ritual. One reason for their late taking part was the demand from the family of the woman they were seeing; to continue to see their daughter the man had too complete the ritual he skipped as a young boy.
When boys of the Shan tribe undergo the ritual “Poi Sang Long”, they are dressed up in bright colours and adorned with make-up. The aim is to mimic the young Prince Siddhartha before he became Lord Buddha. After beeing photographed the Princes robe is taken off, he starts to live like a monk, studying under strict forms the Buddhist teachings, in a time span ranging from; A couple of weeks, to several months to the rest of his life. 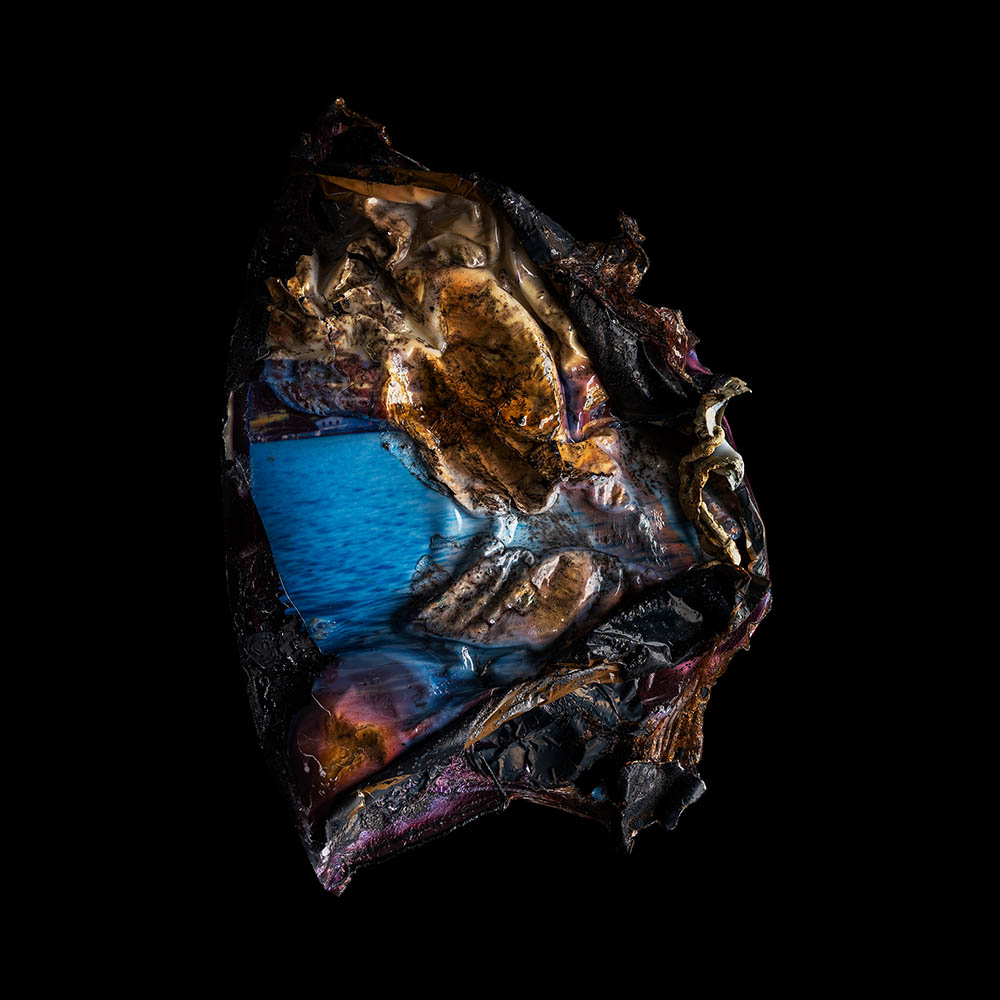